I love these six glasses in the “Desert Rose” pattern! I found out this morning that this pattern in dishes was first manufactured in the early 1940s. It turns out this is the best-selling American dinnerware pattern in history! It is still being produced.

These six glasses would be very pretty on any summer table! 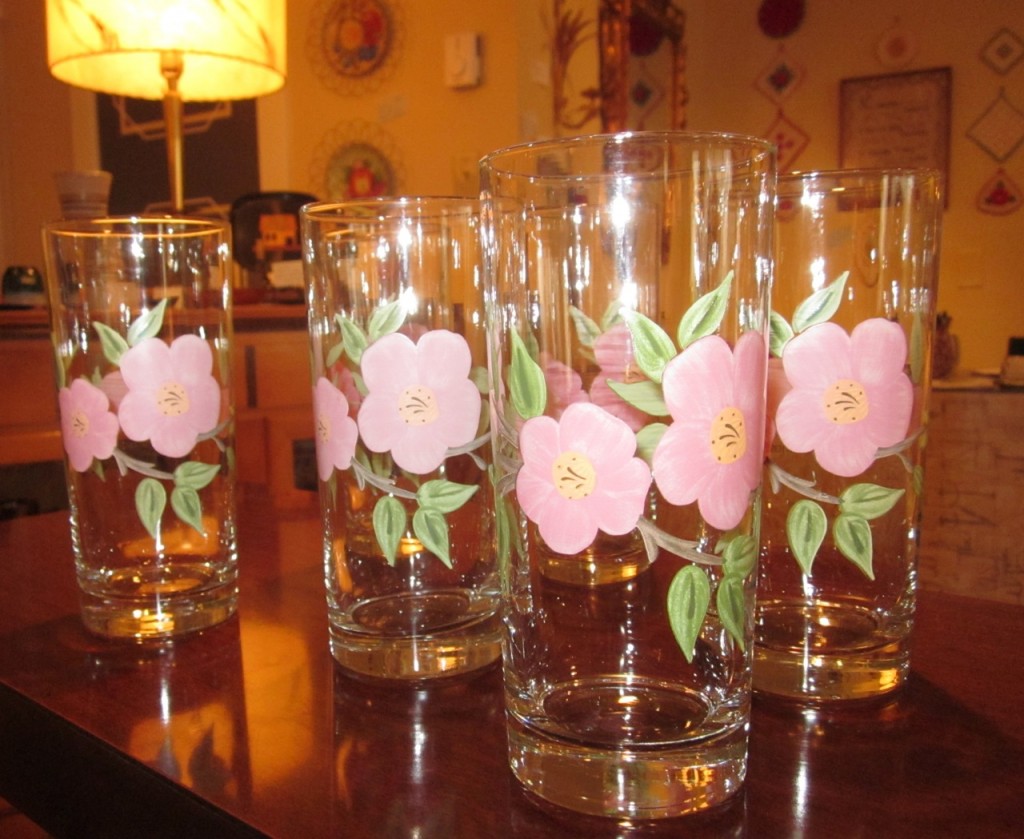 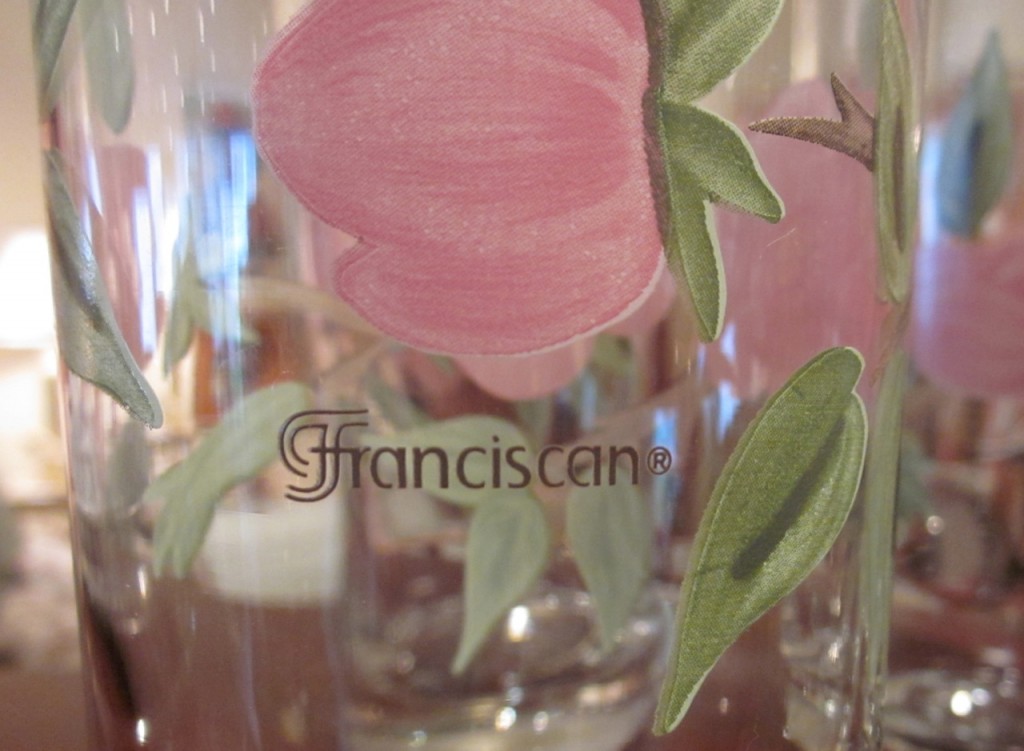