My husband Peter has always been a geography nut!  As a 10 year old in 1952, he saved up his allowance and somehow persuaded the powers-that-be at the Annapolis Royal Regional Academy to procure for him these two school maps, made by Copp Clark and given to schools by the Neilson Company on the condition that the lettering on the map would not be altered in any way.

He was lucky and secured both maps…the one of Canada (which hasn’t changed much) and the one of the world, which has changed considerably since that time.  These maps hung in his bedroom until he went away to university, and have been rolled up for 52 years.  They are in beautiful condition, with bright lithography and strong paper!  Wonderfully decorative and hard to find, they are offered at $110 each. 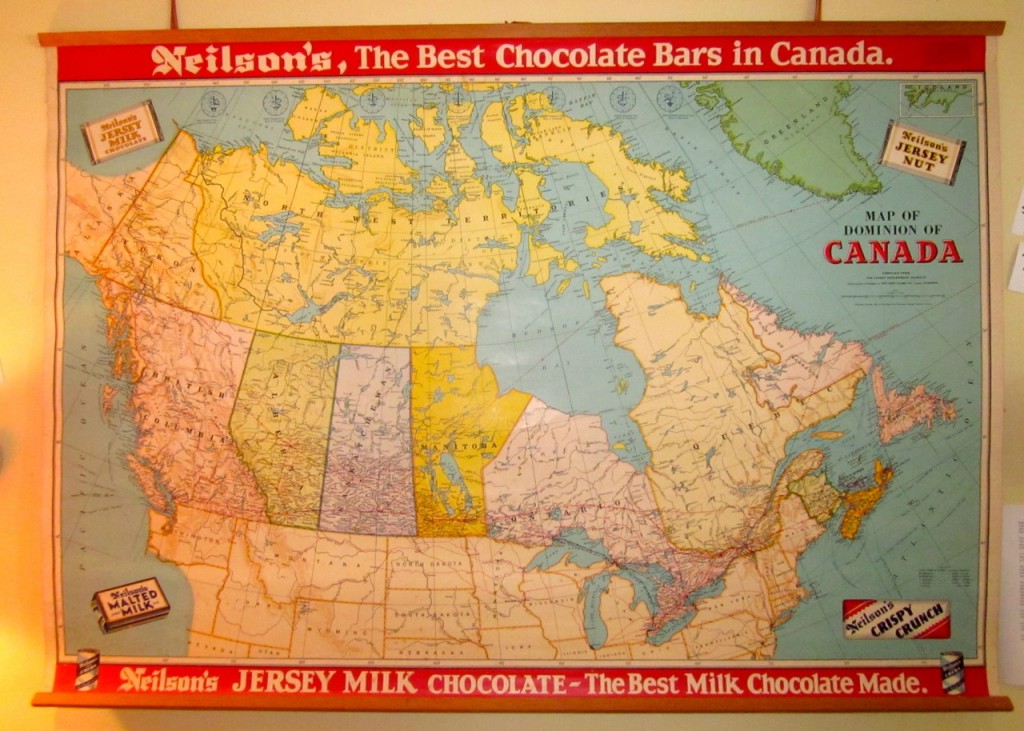 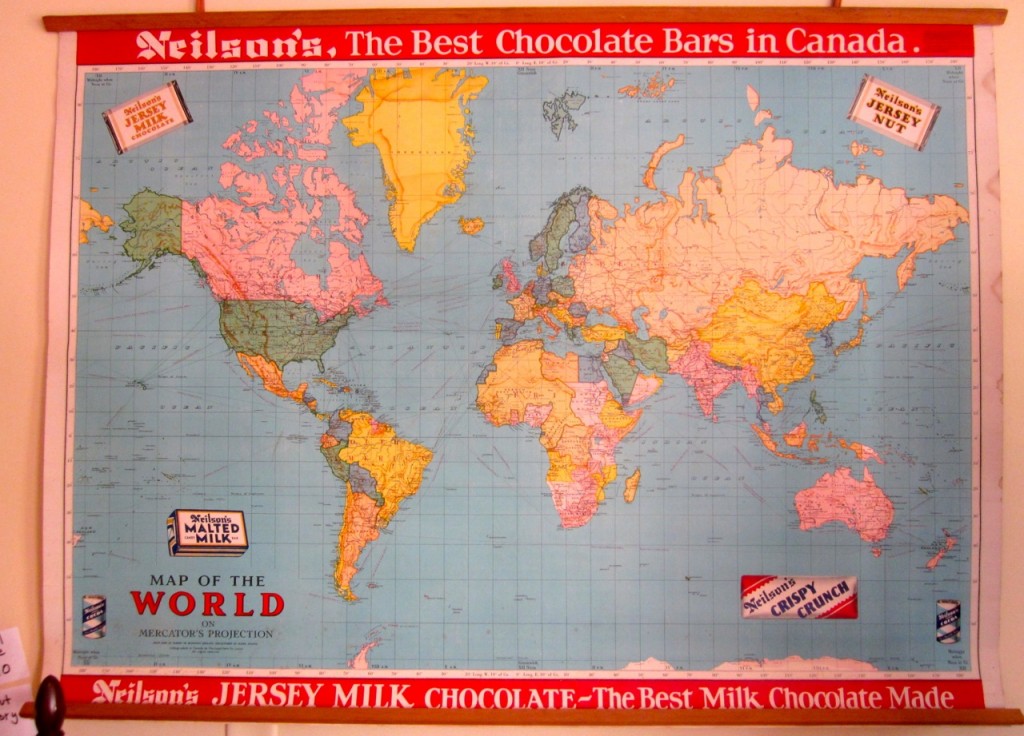