The opening of Mrs. Nicholson Home was the realization of a long-held ambition… a vintage home décor store on Canada’s oldest streetscape…St. George Street in Annapolis Royal.

Together – because neither of us could do it alone – my sister Christine and I created a beautiful and welcoming little store, full of pretty things that were given a second chance at a useful life. We operated MNH for six summers – from July 2012 to late September 2017.

Closing Mrs. Nicholson Home, and saying goodbye to our wonderful customers and friends, was bittersweet. But life moves on and so are we, secure in the knowledge that we contributed to not only the economic well-being of Annapolis Royal, but also to its reputation as friendly, caring and thoughtful place.

We thank you for the memories 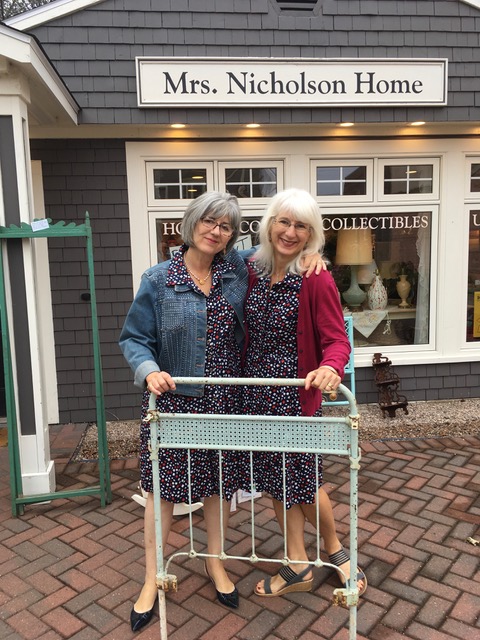