Jane and I love it when we have a story to tell about an acquisition!

This stunning floral is by the Scottish artist Mary Stewart Gibson who lived and painted in Paris in the Left Bank from 1923 until the mid 70s.

This original painting is signed but not dated.

What we find so fascinating is the story of the “atelier” where she bought her paints and canvasses – atelier Lefebvre-Foinet. This canvas is stamped with the workshop’s mark and the frame has a plaque on the back.

This atelier was famous for furnishing supplies to many well-known artists in Paris after the First World War including: Alberto Giacometti, Max Ernst, Matisse and Jean-Paul Riopelle.

The Lefebvre-Foinet atelier was run by five generations for over one hundred years! Many artists gifted paintings to the Lefebvre-Foinet family and they amassed a collection of over 140 works (worth between $6 and $9 million dollars) which were eventually sold at a Christie’s auction in 2009. 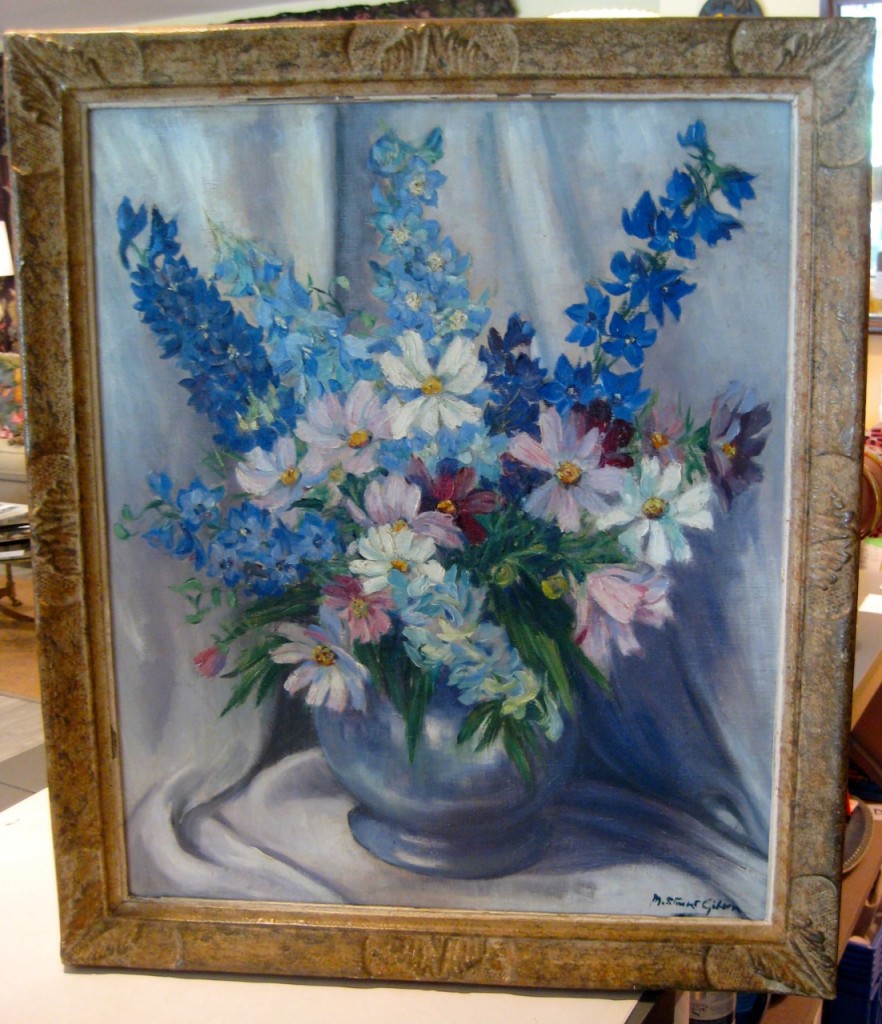